Data is not communication

Whether people are accessing information online in their roles as members of the general public, or as scientists and researchers, the answer is a qualified “no,” even when it comes to events that will impact all life on earth in some way. 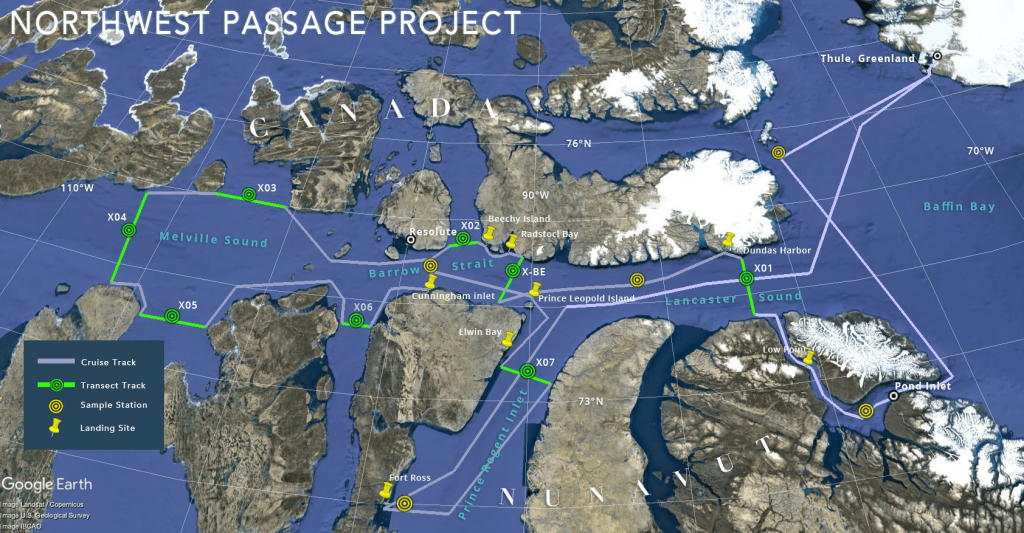 Communicating complexity is an uphill battle

The need for effective science communication increases with the complexity of the subject matter. This summer, notable research expeditions are sailing into newly-accessible Arctic seas to investigate scientific questions related to climate science. These missions are extremely difficult to stage, often requiring herculean efforts by scientists and technicians over several years in advance of sailing. Notable are MOSAiC (Multidisciplinary drifting Observatory for the Study of Arctic Climate), a year-long effort sponsored by the The Alfred Wegener Institute Helmholtz Centre for Polar and Marine Research (Europe), and the Northwest Passage Project, sponsored by the National Science Foundation (United States) and managed by the Inner Space Center.

The findings from these Arctic expeditions will have implications for us all, including governments with their own ideas about how to use this unique part of our planet. Will the research findings reach the public in a meaningful way? Will the public have an informed voice on what happens next to this global treasure? Will average people understand the impact of climate change to their lives? Will scientists be able to easily access the data generated by these expeditions?

Science communication; An abundance of data, missing the target?

We all know that global access to information does not demonstrably lead to comprehension of that information, or the ability to discern factual information from disinformation. Even when provably factual information is relevant to life on Earth – our collective and individual lives – the abundance of data being produced may not be meeting its potential to truly affect and inform public life worldwide. This is caused by a failure of science communication as well as an intentional derailing of facts (e.g., “the earth is flat”).

Solving the conundrum of making rich information accessible and resonant to the people who need it most would require a rethinking of assumptions that continue to plague even the most well-intended projects. Recent studies of user interaction with everything from complex data sets to simple science engagement websites demonstrate common themes impeding comprehension, regardless of educational level or technical sophistication.

Using Arctic exploration as an example, for the general public these assumptions can include: 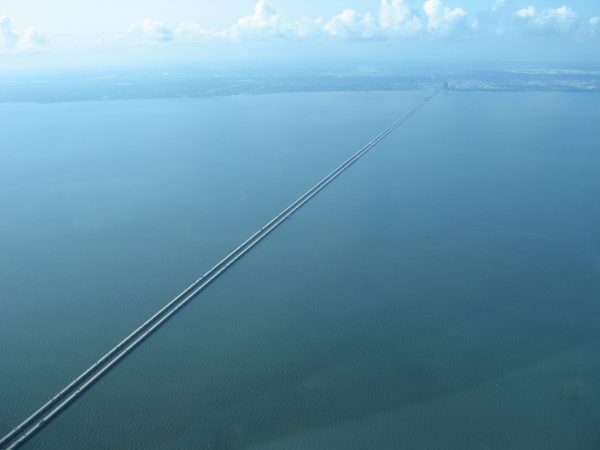 The disorientation experienced by drivers in the middle of Lake Pontchartrain, the “longest bridge over water (continuous)” according to Guinness, is analogous to user disorientation on long computer screens. Photo: Imgur

Scientists are comfortable with complex texts, but average users are not. Science communication websites sometimes use language that is difficult for non-specialists to parse. When users feel lost on websites, the original message is diluted. A common cause is the use of long pages of text without subheads or relevant images. A real-life disorientation serves as a metaphor. Motorists on Louisiana’s Lake Pontchartrain are known to feel disoriented at the middle of the bridge when they cannot see where they started or where they are going. Users of digital products experience a similar effect when they lack context for what thery are seeing.

Assumptions impacting comprehension of data – by users and scientists

The interested public is not the only audience affected by opaque science communication. The comprehension problem for scientists interacting with large data sets produced by these types of research projects can be affected by:

Science communication websites sometimes use language that is difficult for non-specialists to parse.

Surely the state of science communication is not that dire? Yet these basic misapprehensions about user needs are impacting the dissemination of heroically acquired, life-critical data every single day. The impact affects both average users and so-called “expert” users such as PhDs. Some science teams are now employing user testing to improve their connection to public audiences.

Iterating through ways to communicate science

This year, the Northwest Passage Project and its sponsoring facility, the Inner Space Center at the University of Rhode Island’s Graduate School of Oceanography, built upon evidence gleaned from users to inform its communication of the objectives and experience of oceanographic research to the public.

The Inner Space Center, an international hub for ocean exploration using telepresence, had previously conducted a three-year study of an interactive video kiosk project called Unknown Ocean, sponsored by the National Oceanic Atmospheric Administration (2011 – 2014). Over 120 visitors to Mystic Aquarium (Connecticut, US) were interviewed as they interacted with the Unknown Ocean touchscreen kiosk, which displayed high-definition video acquired by telepresence (Remotely Operated Vehicles, or ROVs) diving to 19,000 feet.

Among the results from initial visitor interviews:

Inner Space Center scientists were surprised by the results from user interviews; since science communication was the point of the kiosk, the team began to iterate and test three versions of the touchscreen and surrounding interpretive material. The addition of interpretive illustrations – video footage showing the diving of Remotely Operated Vehicle (ROV), a simulation showing users what a 19,000-foot dive looks like, and other similar assists – provided users the human context they needed to engage.

The subsequent Northwest Passage Project website underwent user testing in 2018; again, context was the issue for science-adjacent members of the public. Users asked: Where is the Northwest Passage? Why does it matter? When is the expedition taking place, or is it already over? Will they be at sea, or will they be stopping somewhere? And who is going?

This last question proved the most intriguing. Surfacing the presence of university students on the expedition, and the presentation of Facebook Live events streaming from the Arctic increased user interest in the Northwest Passage Project. Hearing from non-specialists via blogs and video democratized the expedition, making it more relatable to the average viewer.

If society is to to realize its investments in science and technology, it will have to become agnostic about its approach to digital communication. It will need to be open to what is rather than what one wishes would be.

Meanwhile, in Europe, the MOSAiC expedition website places humans squarely at the heart of the year-long project,using images and graphs to quickly convey the scale and reason for this multi-national undertaking. (As well as a touch of drama in copywriting, which does seem merited by the sheer size of the project.)

Science teams and the willingness to listen to users

We are living in a time that demands scientific inquiry and the comprehensible dissemination of results to the public. Scientific investigation – be it on board an Exploration Vessel in the Arctic, or in a research lab – is understandably expensive in time and effort. If society is to to realize its investments in science and technology, it will have to become agnostic about its approach to digital communication. It will need to be open to the lack of scientific literacy that exists, rather than the one they wish for.

Ultimately, science communication relies on user experience and user interface. These crucial components – complex as data sets or simple as science outreach – must speak with a human voice. One as resonant as that of Astronaut Neil Armstrong in 1969, as unscripted as that of a college student beholding the Arctic expanse. Without those “voices” an audience is simply trying to thrash its way through facts. And the user interface does, in effect, speak.

Author’s note: After this article was posted, Reuters reported the Northwest Passage Project discovered microplastic in an isolated stretch of the Canadian Arctic.

Originally published in FutureProof, a blog of the IEEE Society on Social Implications of Technology August 17th, 2019.