The tragedy of the Martian commons

Two concurrent storylines made the news in the summer of 2020: SpaceX’s first successful splashdown of a space mission launched by the United States since 1975, and the concurrent missions to Mars launched by three different Earth-based governments. China’s Tianwen-1, the United Arab Emirates’ Hope Mars mission, and NASA’s own Mars 2020 initiatives are all headed to the Red Planet. By 2022, they may well be joined by the postponed European-Russian ExoMars rover. 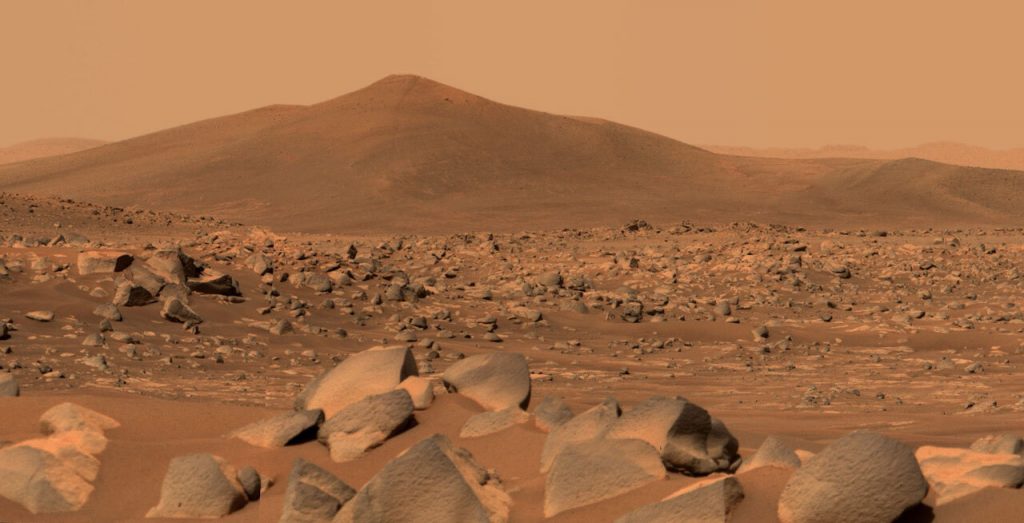 The circumstance of multiple Mars missions, in an era when we cannot collectively agree on how to fight a global pandemic, raises new questions that are actually quite old. Until now we as humans have been constrained to Earth and its lone satellite, the Moon. What outcomes could we face as we rush outward to Mars at this precise moment?

Mars as an economic and political asset

Once upon a time these Mars missions might have seemed a dream come true: a renewed U.S. interest in space exploration, and the increased ability for other nations to reach out to the solar system as well. But why, really, are all of these nations and their assorted consortia heading to Mars? Are they truly exploring to improve the human condition, to expand and share scientific knowledge? Or are these missions the equivalent of the English and European “companies” that colonized the North American continent? Those voyagers went to North America for one reason above all: money. Followed by the eternal goad of political dominance. We all know what followed, even if we see that history through different lenses.

The nimbus of nobility surrounding the early U.S. space programs inspired genuine public support. People believed in the promise of space exploration, suffused with the hope that science would open doors for all mankind. This of course was never true, not even at the outset. After all, the glorification of the American space program in the 1950s and 1960s neatly hid the critical role played by former Nazi scientists spirited out of Germany and sanitized by the United States after World War II.

Humans are turning Mars into a common resource before we even have a treaty, an international standard, or any shared agreement on how we will interact and interdepend on Mars.

But in the U.S., the shared reality of ABC, CBS, NBC, and PBS — the only broadcast news outlets available to the public during the Space Age — reveled in the Mercury, Gemini, and Apollo space missions. For the first time in human history, people heard astronauts speaking from space, saw images unimaginable before human space exploration, and Americans were pretty confident that no one was going to catch up with the United States. Science fiction of the era assumed that the loftier heights of U.S. President John Kennedy’s New Frontier would also raise human consciousness. That part did not come to pass.

The inevitable fight for Mars

Did American exceptionalism foresee the competition it faces in 2020, or the need for cooperation? If international space exploration is not a rivalry already, it will become one soon, because every resource is limited. Launch windows. Landing sites. Natural resources. Intellectual property. Scientists. Engineers. Everything and everyone it takes to get to Mars, and survive there, will be contested. Humans are turning Mars into a common resource before we even have a treaty, an international standard, or any shared agreement on how we will interact and interdepend on Mars. And this is happening in one of the most fractious political eras in memory.

As China, the UAE, and the U.S. head to Mars in the chaotic year 2020, what is the endgame? The United Nations’ “Outer Space Treaty” (1966 – 1967) is most definitely on the honor system. Most notably, the Outer Space Treaty does not forbid private ownership, but does prohibit national appropriation. That is a fine line to walk in the 21st century.

In 2020, Earth-bound attempts at shared governance, such as the United Nations or the World Health Organization, routinely encounter resistance to the common good when convenient, or inconvenient. What is to keep us from extending this fractious culture into what we call space?

Unless global governments can truly cooperate, we are sliding into the trenchant dystopia described by science fiction writer Frederik Pohl in 1979’s Jem. Winner of the National Book Award for Science Fiction, Jem is the shorthand for N-OA Bes Bes Geminorum, a planet whose discovery in 2024 (!) triggers a no-holds-barred race for extraterrestrial land grabs by the three predominant Earth factions: the Food Bloc, the Fuel Bloc, and the People Bloc. (In private, the Earthers refer pejoratively to each group as the Fats, the Greasies, and the Peeps.) Upon landing on Mars, each Bloc establishes a camp, and human society begins on Jem.

While humans commence wreaking both well- and ill-intentioned havoc upon each other, the deep tragedy of Jem lies in their exploitation and mistreatment of the planet’s three native life forms. These species have lived in balance on Jem for millenia, until they are subjugated for purposes of construction, enslaved labor, and worse. As each side ratchets up its firepower and aggression, the other Blocs respond in kind, using the native animals for their own purposes. What had begun as three putatively peaceful explorations disintegrates into a fight for survival.

The view from 2020 says that Pohl was not wrong about humans and what they are willing to do when they seek personal advantage first.

Much of the book is seen through the eyes of Danny Dalehouse, an exobiologist who finds himself sucked into the whirlpool of inter-Bloc aggression by the military leaders of his expedition. He discovers the planet’s sky-bound, group-vocalizing “balloonists,” a delicate social species whose variegated, colorful spheres are carried on air currents. Danny’s delight at finding the balloonists turns to grief as he is forced to use his knowledge to misuse them.

Reader reviews of Jem over the years since its publication frequently state they found Pohl’s view of human nature disturbing or depressing, and downgraded the book for that reason. The view from 2020 says that Pohl was not wrong about humans and what they are willing to do when they seek personal advantage first.

It seems ironic that the term “common,” which means “that which is shared,” also means ”falling below ordinary standards,” something not to be valued. Given humanity’s track record on Earth, the latter is much likelier than the former.

We already know about the tragedy of the commons, a well-understood economic concept that takes human selfishness into account. How will we solve for Mars? How do we connect ethics, and not just profit, to what is literally a new world? Humane and fair access to any “new world,” be it a continent or a planet, will not take care of itself. A revisit of Pohl’s Jem, as well as that of any colonial power that ever lived on Earth, demonstrates the urgency of international agreements that protect Mars, its life yet undiscovered, and those who go there — from each other. How can we avoid the tragedy of the Martian commons?

Originally published at Future Proof, a blog of the IEEE Society on Social Implications of Technology, November 18th, 2020.