Why is anyone surprised that Uber’s initial public offering (IPO) dropped like a daisy-cutter bomb? What are you buying, if you buy Uber? A unicorn? What’s a unicorn, and what is it good for? Do unicorns really exist?

That simmering discussion blew up three days after the IPO. As Pulitzer Prize-winning journalist Michael Hiltzik writes in the Los Angeles Times, “investment and tech gurus spent five years hawking Uber as a world-changing business and Uber stock as a stairway to fortune.” So what went wrong? 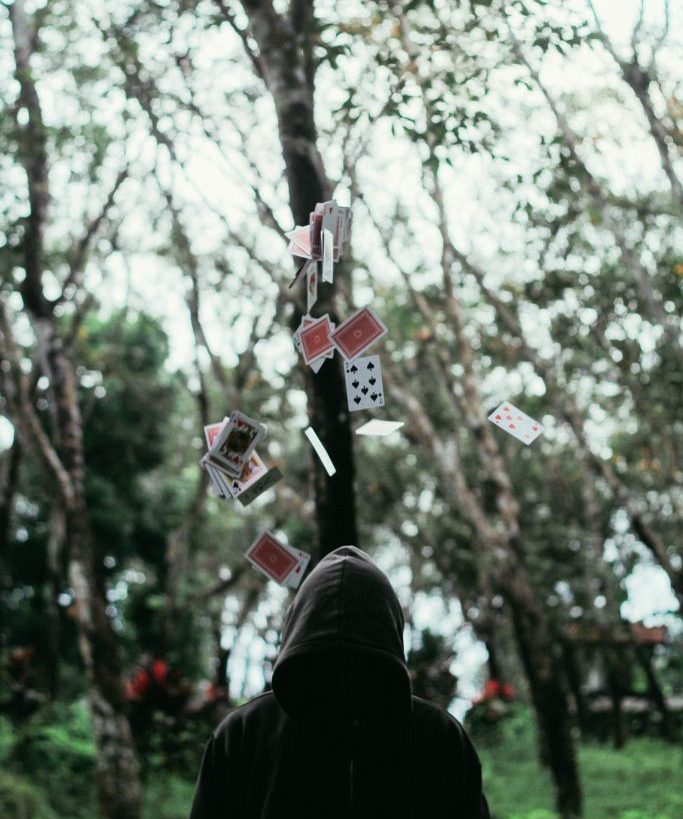 Is Uber simply a house of cards? Photo by Farhan Siddicq on Unsplash.

A predatory unicorn with a broken horn

While “Ubering” was acquiring cachet as a verb and as a routine rite of passage for millennials (the heaviest users of the service), the company was besieged by problems. Some came squarely on the back of a general lack of ethics, or care for consequences. The combination of its business model and its tech-bro former CEO, Travis Kalanick, yielded a combustible mix. Contracting unseen strangers to pick up strangers, with a boys-being-boys culture at the home office – what could go wrong?

Uber was never built to serve anyone other than the moneymen.

The drivers and riders are so much cannon-fodder. Current post-Kalanick CEO Dara Khosrowshahi is clearly trying to clean up the mess, but he can’t even cite a truthless Zuckerbergian platitude about “connecting the world.” It’s more like “burn the village,” to quote an infamous Kalanick text.

The financial press dutifully reminded readers of Uber’s machinations and scandals over the past five years, yet the public – and potential investors – covered their ears and eyes.

Too many clues to miss

When ex-employee Susan Fowler blew the whistle in 2017 with a searing blog post, exposing Uber’s aggressive-adolescent corporate culture, her observations were quickly papered over with public-relations pledges. Abandoned projects and concealment of information wielded as weapons of advancement were commonplace. “It seemed like every manager was fighting their peers and attempting to undermine their direct supervisor so that they could have their direct supervisor’s job,” Ms. Fowler wrote. This statement alone begs the question: What sort of viable, valuable product can be created or maintained in this Lord Of The Flies culture?

The risk is not about civility. It’s about the core business concerns being roundly, and publicly, ignored by top management.

Ms. Fowler and others have cited the low percentage of female staff at Uber, and Kalanick joked to GQ in 2014 about his increased desirability to women due to the company’s success: “Yeah, we call that Boob-er.” It’s hard to believe the company’s boorish DNA has truly transformed itself in the five years since that interview. A sober investor might be concerned about the business chops of what is clearly a sophomoric and aggressive “break things” culture. The risk is not about civility. It’s about the core business concerns being roundly, and publicly, ignored by top management.

The idea that you can eviscerate a business model to profit from it fueled the corporate raiders of the ’80s. The willingness to exploit the gullibility of buyers is ageless; in this instance, it’s aimed at a generation that sees life through a smartphone screen window.

Who are the users of Uber’s service? Drivers looking for something better than the conventional pay for their trade, or hoping to make extra money. Riders looking for a safe way home, either because they are unable to drive, they live in areas underserved by taxis, or they might overindulge on a night out. What is the Uber experience for these end users?

Forty percent of drivers have incomes so low they qualify for Medicaid and another 16 percent have no health insurance; 18 percent qualify for federal supplemental nutrition assistance

Drivers are no better off than they were before. They still don’t qualify for any protection or benefits, especially after the April 2019 decision of the United States National Labor Relations Board that “facts strongly support independent-contractor status and outweigh all countervailing facts supporting employee status.” So Uber won’t have to address issues of fair labor relations – despite strikes, despite recent studies such as The New School/University of Southern California’s “An Earnings Standard for New York City’s App-based Drivers: Economic Analysis and Policy Assessment” (July 2018).

The study report states: “Half of the drivers support children and provide the bulk of their family’s income. Forty percent of drivers have incomes so low they qualify for Medicaid and another 16 percent have no health insurance; 18 percent qualify for federal supplemental nutrition assistance (nearly twice the rate for New York City workers overall).”

Was the Uber gig-economy driver experience purposely designed to be so poor that many Uber drivers go back to a conventional taxi company?

And the riders? Aside from this week’s news that an Uber (and Lyft) driver was discovered to be a suspected Somali war criminal, Uber riders are vulnerable to predators taking advantage of the loose state of play. A CNN report found over 100 drivers accused of sexual assaults and rape. Uber’s insurance coverage for riders is highly conditional, placing responsibility for an accident largely on the individual driver and the rider. Which becomes even more concerning when most Uber drivers are not trained as commercial drivers.

Was the Uber rider experience purposely designed to expose these customers to a potentially unsafe event every time they use the service?

Winning at any cost fueled the Uber stock crash

Which brings us back to the original topic: What, really, is this “unicorn” called Uber? What has it actually created? Who, other than stockholders, will benefit from squeezing the drivers upon whom the company depends? How egregious of an offense does a driver have to commit against a rider before Uber gets serious about security? Are we choosing the “cheat code” economy, and what will we be left with once it implodes?

During the Waymo vs Uber trial in 2018, Waymo attorney Charles Verhoeven tried mightily to get Kalanick to explain what “cheat code” means, as reported by The Verge’s Sarah Jeong:

“No Stairway to Heaven”

Finally, the wisdom of weary music store employees in the 1992 cult movie Wayne’s World comes to mind: NO STAIRWAY TO HEAVEN when trying out a guitar. Because everyone thinks playing the classic rock song will magically turn them into internationally renowned guitarist Jimmy Page. There’s no step-skipping stairway, no “cheat code,” to sustainable – and ethical – profitability. Investors keep pretending it exists, and the tech-bro class is happy to keep that myth alive until the inevitable dawn reveals the unicorn is merely a disguised pair of hucksters in a horse costume.

Originally published in Future Proof, a blog of IEEE Technology and Society, May 16th, 2019.